Irma and the Lost Wasp

The story of the Jack Spaniard

The Jack Spaniard (Polistes crinitus) is a wasp that builds nests out of paper. They love dry spaces. They nest under awnings, in caves and in the shelter of large tree branches. They only sting when they’re defending their nests, but their nests are all over.

Hurricane Irma hit St. Martin in September 2017. Just after the storm, a few Jack Spaniards were seen, but within a week or two they seemed to disappear. They would be noticeably absent for about a year.

The disappearance of the Jack Spaniard made sense. Hurricane winds destroyed most nests. The storm also destroyed the flowers where adult wasps would feed on pollen. For the adults that did live through Irma, it was probably hard to find caterpillars to feed to their young. Caterpillars were scarce after Irma too, and so were the plants they need to eat.

The Jack Spaniard plays many roles in nature. Adults eat pollen. As they go from flower to flower, they pollinate them so plants can reproduce. 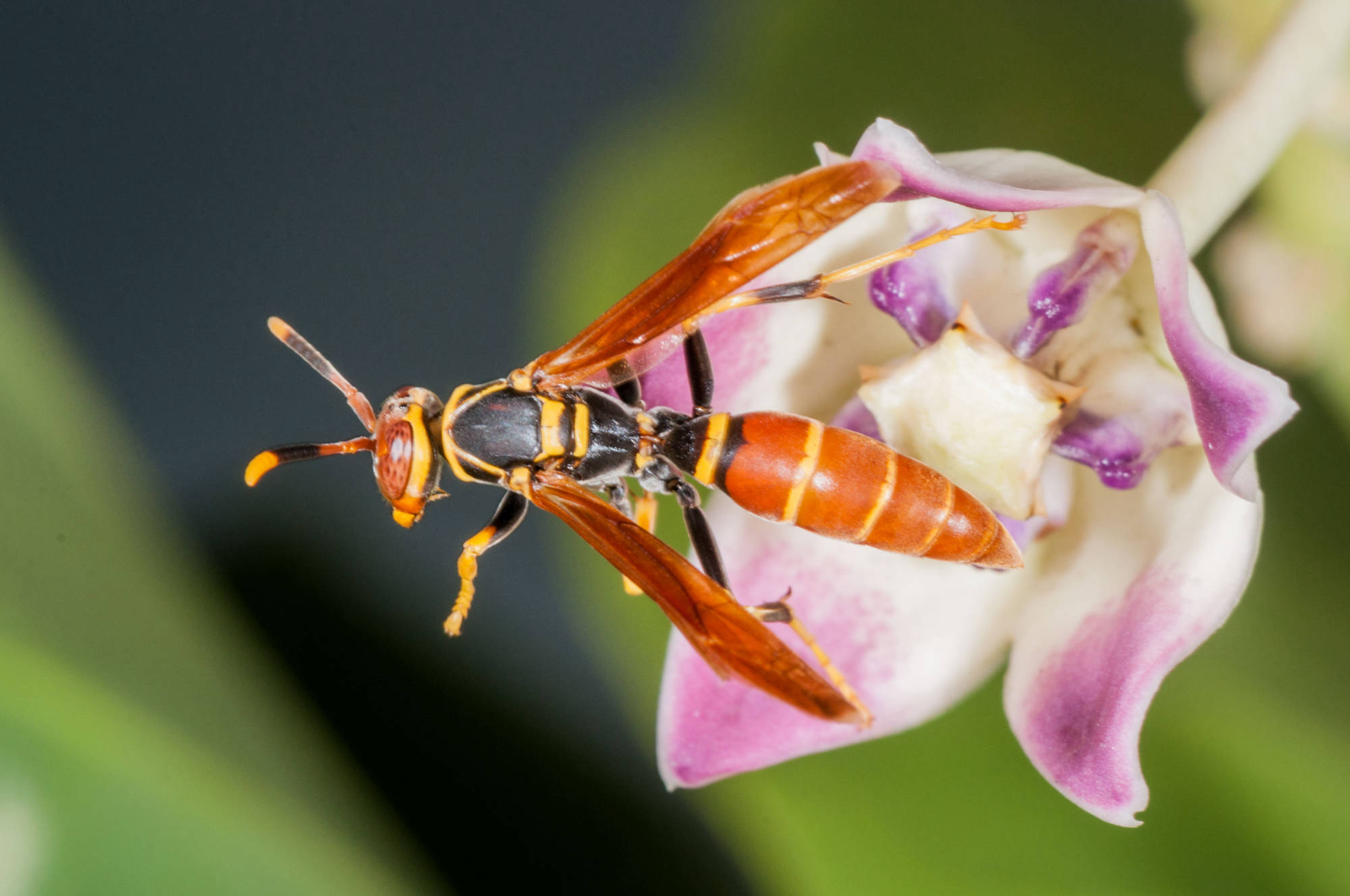 Some wasps survived, but with dry weather all spring and summer, it took them a long time to recover. When the rain finally began in the fall of 2018, plants began to grow. Soon there were lots of caterpillars, so Jack Spaniards finally had plenty of food for their young. By early 2019, the Jack Spaniard was common again. 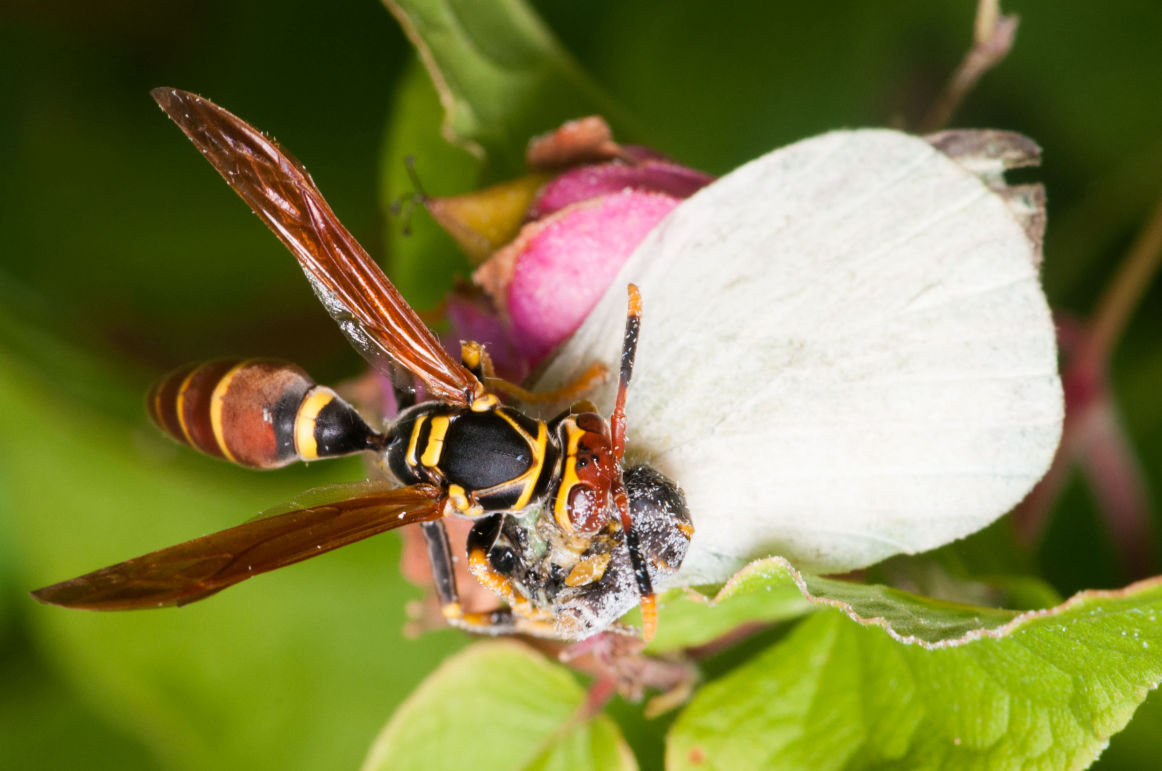 The Jack Spaniard hunts insects, especially caterpillars, keeping them from eating all the plants. Here one is chewing a butterfly. It will feed the liquified butterfly juice to its larvae.

Although this wasp has a painful sting, it’s an important part of nature on the island. It interacts with plants, insects and birds. The story of the Jack Spaniard shows us how hurricanes can have unexpected impacts, and also how nature bounces back from disaster.

Jack Spaniards are social insects. They work together to build a nest and raise their young.

Jack Spaniard larvae depend on adults for food and protection. The adults’ painful sting is how they protect their family. 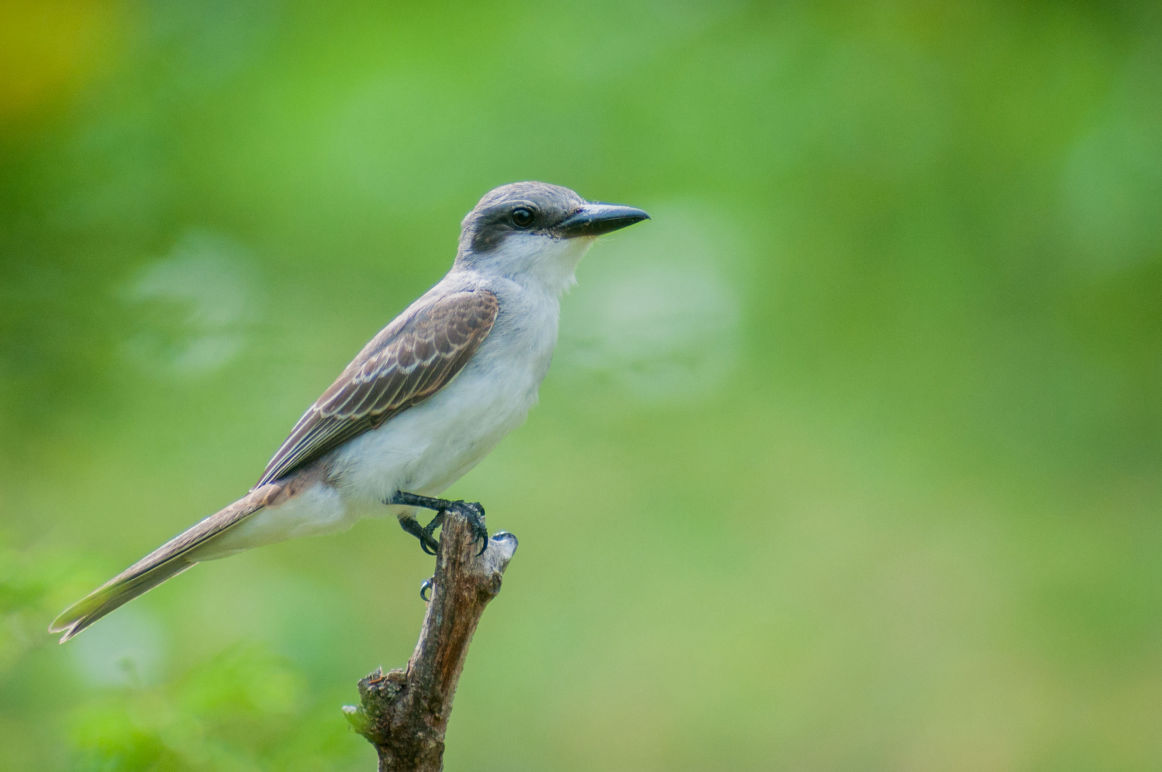 The Jack Spaniard is food for birds like the Gray Kingbird (seen here) and Caribbean Elaenia.

What’s the best treatment for a Jack Spaniard sting? Some suggest covering it with a penny, half an onion or a poultice of moistened tobacco. Other local remedies include treating it with vinegar, lemon juice, ammonia, meat tenderizer or urine.

Irma and the Wasp

Why did the Jack Spaniard disappear from St. Martin after Hurricane Irma. Why did it take so long for it to come back? Find out! 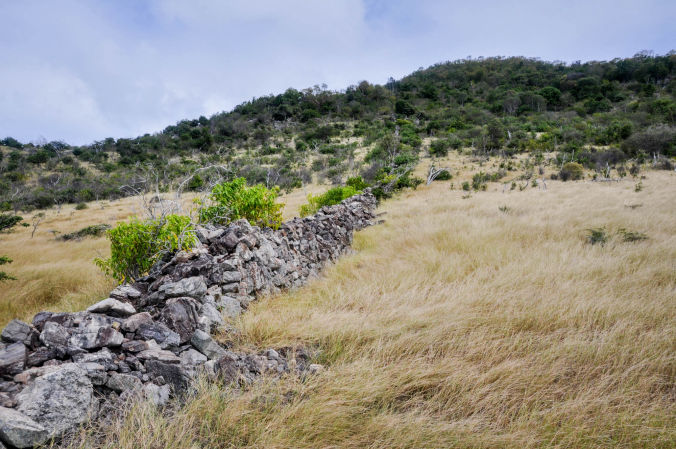 In almost any view of St. Martin, you will see stone walls dividing the landscape. What is their story? Find out!

How do traditional Caribbean techniques keep The Old House cool in the tropical heat? Find out!